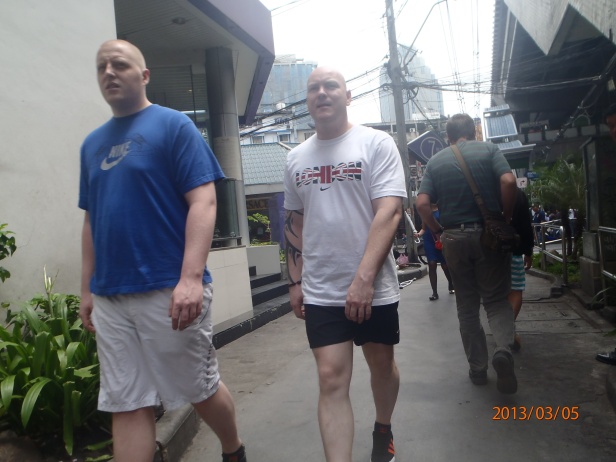 Bangkok attracts younger expats and Chaing Mai attracts older ones. Places like Pattaya are for the Sexpats of all ages. But one thing they all have in common is the way they act…

It’s said that Americans spend over 4 Billion Dollars a year, traveling the world in search of some place where people will love us… yet, when home, most refuse to even speak to the neighbor who lives right next door. An elderly Frenchman in a coffee shop near the airport said France is even worst. “I hate my country,” he said.

Walking down a sunny, warm, semi-tropical street, filled with pleasant looking people and the promise that almost anything one desires is obtainable–for a price–it’s hard to phantom why most men (and some women) put so much energy into trying to convince total strangers that they’re either “007” or “Mata Hari“. Really?

The wide swinging arms, the passive-aggressive shoulder bumps, the childish notion that they have to “take space” to appear powerful… are all so ridiculous. It’s more than a “European” problem. Hindus, Arabs, Chinese, and even a few of the Africans can be seen marching around with puffed up, transparent pretense. Why come to THAILAND… to fight? The Thais have more than enough problems with their own cultural “Machoism”. And no, I don’t recall it being this bad 40 years ago.

Psychologist M. Scott Peck once wrote: “The need for power is the need for love.”
I’ve always been puzzled about why people just don’t go straight for the love. Capitalism and ego-centered, “Supremacy” springs to mind. “Don’t smile or they might think we’re weak,” was a comment overheard in Chaing Mai. Such lunacy. Such utter dysfunction.

In the middle of all this rest the Buddhist values of, “No worries.” To get mad is to be seen as a weak person who can’t control their own emotions. So it’s a good idea for the traveler to walk with a cup of tea, coffee, or cool orange juice… and relax. The world really is a stage and all these “Agent 007s” and “Mata Hari’s” just want to feel good about themselves. It’s humorous then to see them feed their empty egos while their hearts go begging. Most Thais simply turn their heads and give a bewildered look. Breath, engage life as fully as possible–discerning fantasy from passion, fiction from reality, and carve out as much happiness as possible.