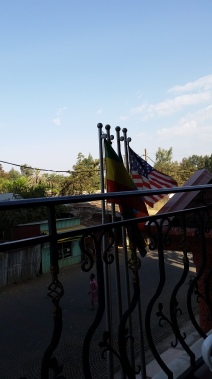 Several times tears have come up. “Addis will break your heart if you have too much love,” someone told me. It’s true. There are 16 million people struggling to survive in Addis Ababa. It is to Ethiopia what New York is to the United States… but here, 97% of the population is poor. Poorer than most other African nations. Poor is the norm. Poor is average. It’s the ones who exist below “poor” that get you. It’s the broken and the old and the homeless children and the abandoned handicap living in abject squalor that takes your breath away. But the staggering poverty is only one small facet of emotions that the continent brings up. Taking my lunch out on the small balcony of the hotel’s restaurant overlooking a lush African treeline, people move to-and-fro along the dusty cobble stone street below. Young brothers are building cabinets and beds across the street. A small “bakery” sells bread from a walk-up window next door. Donkey carts hauling charcoal trot by. The dust is African. The vegetation is African. The shy, sweet, challenging, suspicious, curious, real people are African. And I am lost in knowing exactly how I feel.

“Black men fight ’till you die…”

I have fought so hard and long to be here. It wasn’t a real goal until last year… but all my life I have fought to survive and afford to “be” here… and that alone is overwhelming. Yes, I am “American” … of culture, conditioning, and birth. But the tissues of my skin and the blood in my veins come from here. There are cells in my body that my African ancestors bequeathed to me that resonate to the vibrations of this land. Each time a noble African walks by, hardship all over his clothes and body, I remember my hardships. Homecoming to a black man who has lived 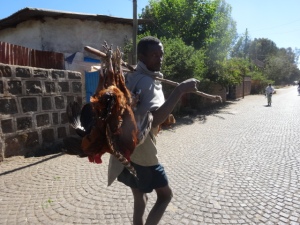 homelessness naturally brings up strong emotions. Silent tears begin to leak from my eyes and I do not know why. Perhaps it is being in a moment where I don’t have to hold them back… where I don’t have to be on guard or be prepared to defend myself with a quick remark… Four flags fly in front of the hotel. One is Ethiopian. Another is the United Nations flag. And another is that bloody, greedy, sociopathic Stars and Stripes… and observing it… knowing that I carried it on my shoulders in time of war and yet was denied even the most basic of housing after returning conjures up even more colliding and conflicting emotions. Humbled. What is that 4th flag? I don’t know… all I know is that I am tired of flags. They represent only the second level of human consciousness. Beyond nationality is the heart, and beyond that, the Universal Consciousness. Then I hear children coming from school. Their not-too-loud-sweet voices are not the same as American children freed from the Pavlovian confines of constrained conditioning. An occasional baritone of men talk. A faint rumble of motors somewhere off in the distance. The hammer of someone building something. Then there is the sound of God on the wind softly blowing on my ear. I haven’t fully processed why this is the … third time a flood of emotions are pushing up tears for me, but I hear it’s not uncommon. After two weeks, a friend asked me if I could live there and I honestly don’t know. It’s the first time in 61 years I’ve experienced a truly black country… in which even the television shows are filled with black images and vibrations. But I don’t speak the language. And for all my blackness, I am still a foreigner. That jury is still out. All I know is that this is a therapeutic destination. To walk out on the streets at night in a Christian country and hear the Muslim’s Call To Prayer flowing out over the city and the co-existence being so normal is stunning. All I know is that in the evening when the sun has sunk, and I walk amongst throngs of people without fear… it’s like… well, it’s like water to a starving man. 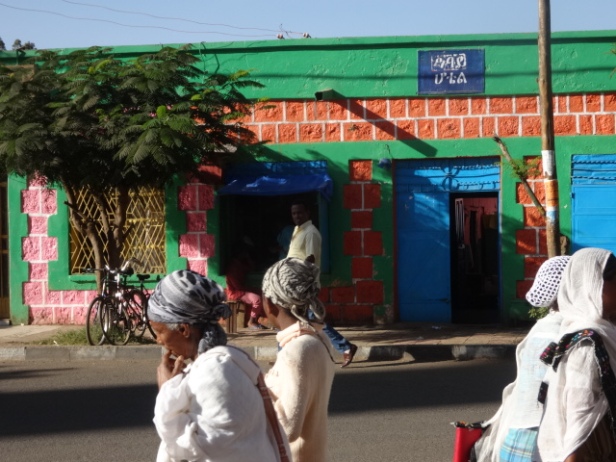 One thought on “Africa is making me cry”