African is not monolithic. “There are 47 countries on the African continent, including the disputed territory of Western Sahara. However, the islands off the coast are also usually listed as African, bringing the total to 53. The island nations are Cape Verde, São Tomé and Príncipe, Madagascar, the Comoros, the Seychelles, and Mauritius.” ~www.infoplease.com/askeds/countries–africa.html Africa may not be monolithic– but human beings basically function in very similar ways throughout the world. That’s why all this B.S. about African sexuality … is just that: B.S. There is the same range of sexuality and gender expressions throughout the world. Even though CULTURES can be very much against it the reality, people are born heterosexual, homosexual, and intersexual everywhere. Mix in poverty, low levels of

literacy, lack of opportunities, and jealousy is born… just like there are people born with with hard to distinguish genders… everywhere… which brings up why is there so much hullabaloo about sex from politicians and clergy? CONTROL It pretty much boils down to that. If I can control any part of you, I control YOU. So MUCH pain and loss productivity–not to mention trauma–comes out of the rich and powerful striving to maintain control over the populace. Michel Foucault made a career out of explaining the connection between power and sex. Knowledge IS power… and like poetess Sylvia Plath so eloquently wrote: “… Daddy… Every woman adores a Fascist…”

So why is it so important for the rich and the thirsty for power to control what the masses think about sexuality? “Divide and Conquer.” Think of Plato’s Republic… how do you control the masses. Think of the Normans who made the Brits slaves in their own land for over 200 years with a process that’s still very alive and working today. Think of “Social Engineering” that purposely frustrates people, then tells them where to direct their anger at … which is usually at the safest or most threatening target groups within a society. Woman have been long used as targets by Narcissistic, greedy, sociophathic priest, politicians, and religious Empires that sought to enrich themselves and their families by any means necessary. Gays and lesbians have also been common target populations. And of course, black people. In the United States, the Chinese and Mexican populations have at times been targets, but never to the extent that blacks have been. The Holy Quran Verse No: 101 of Al-Tawba states: “Among the Arabs around you, there are hypocrites. Also, among the city dwellers, there are those who are accustomed to hypocrisy. You do not know them, but we know them. We will double the retribution for them, then they end up committed to a terrible retribution.”  Arabs … were enslaving and trading Africans even before Europeans. They even do it .. today. (Video of Ethiopian woman being beaten by Saudi family.) And this doesn’t even mention the Muslim Bacha Bazi Boys who are taken at young ages, forced into women’s clothes, and taught to dance for rich and powerful men, and later have sex with them. For all their assertions of purity, the ancient practice is alive and so well in Afghanistan, Pakistan, and other parts of the Arab world that the phrase, “Women are for babies, but pleasure is with men.”

[Of course their rival Jews are … the same as the rest of the world. Here’s a video of teenage male prostitutes working the streets of “pure” Tel Aviv.] Let us remember that Ethiopia is almost 50 percent Christian and 50 percent Muslim. Islam is widely practiced throughout Africa. While child prostitution is forbidden in Islam– the practice continues. Ethiopia is one of the top 10 Safest Nations to travel. It’s common to see white, Asian and black women walking the streets at night totally safe and unmolested. About the only crime you’ll fall prey to is pick pocketing and thefts of opportunity. (There are reports of more violent robberies in places like Hawassa and Shashamane.) In short, I’m stating that the doors are open in Africa to people of all genders and sexual orientations. Don’t believe the rhetoric … whether it’s coming from Vladimir Putin or Uganda’s President Yoweri Museveni. Why is this important? “The African Renaissancppe is the concept that African people and nations sill overcome the current challenges confronting the continent that were left by colonization, and achieve cultural, scientific, and economic renewal.” ~(Wikipedia) Africa needs ALL it’s talents. I was once in an upscale ice cream parlor in Portland, Oregon where a motif ran along the walls that read: “If Michelangelo had been straight, he’d have painted the Sistine Chapel flat white.” In “Art and the Creative Unconscious,” psychologist Erich Neumann starts off

with Freud’s analysis of Leonardo da Vinci early childhood and sexuality, and explores much further how the creative mind is is born through events (not nature). Again, Egyptian symbolism is found to be at the root of Western psychology because its archetypes map out how our unconscious minds work. The conscious mind controls only 10% of our thinking and actions.. the 90% comes from out unconscious. He mentions a “psychic field” that artist, poets, and writers tap into. That “psychic field” or external milieu in which the creative person works is only a part of the greater Cosmic Consciousness that the elite families like the Free Masons, the Elite Families, and royalty took from us. The Anti-Christ Vatican burned the Gnostics, the secreted away the knowledge of Sacred Geometry, Hermetics, Mythology and the symbolic meanings of Biblical scripture. This is the age the Divine Knowledge needs to be unlocked again.. not just for the greedy, filthy super rich, but by the masses who need to come out of fear and the bondage of beating each other into submission while the decadent rulers live off us like vampires. Africa needs to free itself from Colonial religious misinterpretation of the Gospel (the “Good Spell.) King James was one of the many translators of the Bible. While he was a flaming 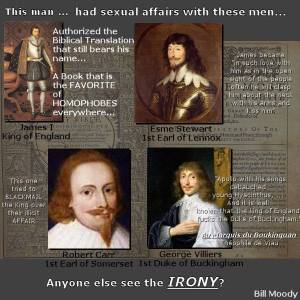 homosexual, he left in the Apostle Paul’s admonition to not read the Bible literally. The story of Sodom and Gomorrah is NOT about homosexuality... (I mean..  WHEN have you ever heard of anyone raping an angel? And WHEN to teenage girls rape their OLD father, not once, but twice, and the saintly old man not remember anything about it? WHEN have you seen anyone turned to a pillar of salt? It goes on.. but we miss the meat of symbolism because we’re frighten by tales of a mean and evil God who’ll sentence us to a fiery pit where demons turn us over with pitch forks for eternity. REALLY? That’s the loving God who pleads with us to access our hearts and become “Christ’s Love”? Getting stuck on “checking” each other prevents us from working together, using all our talents as other great cultures have done, and essentially, it creates complexes where none need to be.

But most of all, it obstructs the flow that allows us to ascend to Higher Consciousness and as Thoth (a.k.a. “Hermes” … who was also the Greek Messenger of the gods and companion of MAAT,  who’s symbol interestingly enough is Kundalini) taught. So the process of allowing the Divine Energy to flow up the 33 vertebra of our spine, it’s essential to expand our consciousness rather than getting stuck in fear and judgement. Love is paramount .. not judging the love of others, but creating it in your own hearts and minds. Africa and the rest of the world has to come out of superstition and ignorance and tap into the DIVINE POWER that is each of our birth rights. We need new myth makers that help people make sense of their world. View the links enbeded in this post. Begin to educate yourself for the New Day and discover your birthright. Functional societies and families lift each other up, dysfunctional families and communities pull each other down. Get ready to go beyond your fears and your the limits of petty egos. Begin to accept the idea of Ascension… and joy and the freedom of dialoging with any and every creative and intelligent soul that inspires conversation and productive new work. Ethiopia is No. 9 on the Top 10 Safest, Cheapest, Friendliest Nations to Live and Travel. It’s common to see white, Asian and black women walking the streets at night totally safe and unmolested. About the only crime you’ll fall prey to is pick pocketing and thefts of opportunity. (There are reports of more violent robberies in places like Hawassa and Shashamane.) In short, I’m stating that the doors are open in Africa to people of all genders and sexual orientations. Don’t believe the rhetoric … whether it’s coming from Vladimir Putin or Uganda’s President Yoweri Museveni. Open, creative minds–are not only needed, but necessary. Enjoy!