I saw this on Facebook and it immediately struck me how powerful archetypal MAN is in today’s Western post-modern world. The video shows 300 South African firemen who’ve landed in Canada, preparing to help battle Canada’s wildfire that is threatening to spill over from Alberta into neighboring Saskatchewan Province. The men form and begin to sing, and “dance” in what looks like a traditional warrior formation. It’s absolutely stunning in it’s presentation. All the more so because the men are dressed in modern uniforms… but bring the POWER of the ancients with them. Absolutely stunning.

But directly afterwards, another video begins to play showing a “Christian” preacher in South Africa conducting a Sunday “service.” It shows clearly why the coded bible in the hands of traditional man is so dangerous. 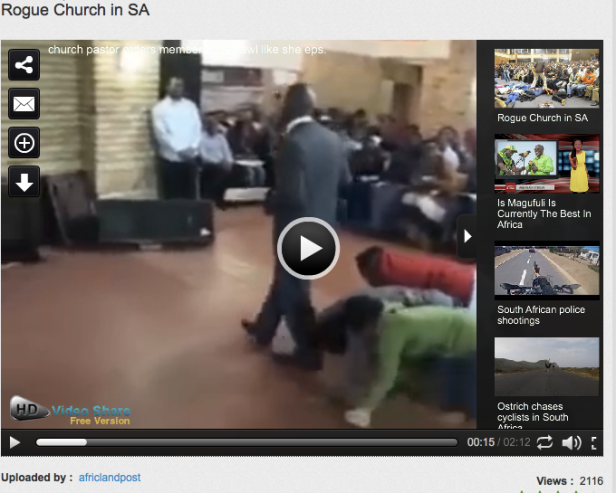 Jung stated that Traditional Man … “Primitive” man… is the same as Conservative Man.
They are both close to nature … agriculture, farming, and hunting. Their conscious mind is more connected to their instincts and intuition rather than philosophical post-modern abstract, analytical logic.

We often read how millions of Africans show up for Christian revivals because everything has failed the people of African nations. Their leaders, their governments … as well as the world intent on robing and stealing the wealth of their natural resources.

Taught literally, The Bible (and the Quran) is slavery.
“OHHHHH MASTER … HELP MEEEEEE!!!”

The god they worship is white and potentially vengeful.
But the Conservative … Primitive … mind is not aware nor often capable of understanding that these religious texts are written ALLEGORICALLY …. coded … with the intent to set them FREE. To access the spiritual power that is available for those who overcome, one has to first be aware that a basic knowledge of numerology, astrology, science, Hebrew and symbolism is necessary.

Bill Donahue makes many videos that de-code the “mind map” that people like Joseph Campbell, Jung, and scholars like the brilliant Gnostic Stephan A. Hoeller.

Perhaps we’re living in what is approaching a Nexus … of Traditional-Primitive minds yearning and pulling us back into the 2nd Century, and disillusioned technocrats like Terrence McKenna who think returning to the body holds all the answers.

One thing is clear … we can’t continue to allow the Social Engineers to manipulate our emotions. We have to begin dreaming new dreams that aren’t reactions to fear.. but instead, dreams that focus on raising our consciousness and accessing our spiritual power. (NOT “religious.”)