Fred Guidry is a travel 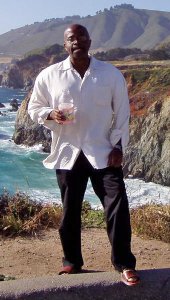 writer without destination. Inspired by the lunacy of the 2012 elections, Fred has decided to pack up and search for any remaining signs of intelligent life still left on the planet. Follow along as this “Soon-To-Be-60” African American follows a trail of visas, passport stamps, and odd coins that flow like dysfunctional bread crumbs through curious parts of the world.

Click the Edit link to make changes to this page or add another page.

18 thoughts on “About Fred Guidry”