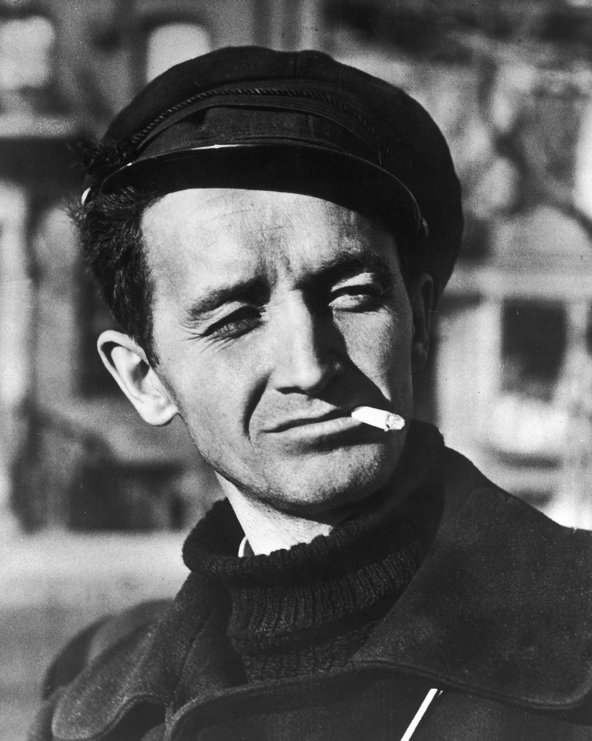 “More than a half-century ago, the folk singer Woody Guthrie signed a lease in an apartment complex in Brooklyn. He soon had bitter words for his landlord: Donald J. Trump’s father, Fred C. Trump.

Mr. Guthrie, in writings uncovered by a scholar working on a book, invoked “Old Man Trump” while suggesting that blacks were unwelcome as tenants in the Trump apartment complex, near Coney Island.

“He thought that Fred Trump was one who stirs up racial hate, and implicitly profits from it,” the scholar, Will Kaufman, a professor of American literature and culture at the University of Central Lancashire in Britain, said in an interview.

Mr. Kaufman said he came across Mr. Guthrie’s writings about Fred Trump while he was doing research at the Woody Guthrie Center’s archives in Oklahoma. He wrote about his findings last week for The Conversation, a news website.

In December 1950, Mr. Guthrie signed a lease at the Beach Haven apartment complex, Mr. Kaufman wrote in his piece. Soon, Mr. Guthrie was “lamenting the bigotry that pervaded his new, lily-white neighborhood,” he wrote, with words like these:

Mr. Guthrie even reworked his song “I Ain’t Got No Home” into a critique of Fred Trump, according to Mr. Kaufman:

Mr. Guthrie died in 1967, and in the 1970s, the Justice Department sued the Trumps, accusing them of discriminating against blacks. (A settlement was eventually reached; at the time, Trump Management noted the agreement did not constitute an admission of guilt.)

A spokeswoman for Donald Trump declined to comment on Mr. Guthrie’s writings.

Mr. Kaufman, the author of “Woody Guthrie, American Radical,” said Mr. Guthrie would be repulsed by the presidential candidacy of Donald Trump. He pointed to Mr. Trump’s comments about Mexicans and Muslims, and contrasted the candidate’s sentiments to those of Mr. Guthrie in his song “Deportee,” written about a plane crash that killed Mexican farm workers.